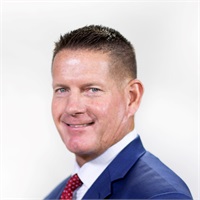 Terry Bussenger is Lisa’s husband and joined Bussenger Financial Group in 2010 as an additional account representative.

Terry holds licenses in Life, Health and Long Term Care, and will be working with clients and prospects on strategies to safe guard their retirement nest egg as well as income replacement strategies.

After years of being a silent advocate for what Lisa does to help clients first and foremost preserve their life savings and create guaranteed income streams, Terry has finally joined the practice. Terry met Lisa 33 years ago and began working with her father in the construction industry until her father got sick with Alzheimer's. Over the years, Terry joined the workforce with a variety of construction companies throughout the area. Terry may come from building buildings to now building retirement preservation and income strategies, but his experience brings good listening skills and being able to take a complicated scenario and make it simple.

Terry grew up in Frankenmuth, Michigan, and attended Northwood University in Midland, Mi. as a scholarship athlete in football and earned his degree in Business and Marketing. Terry enjoys spending time with his family, being outdoors and active. Terry loves hunting, and following college football, in particular The University of Michigan (GO BLUE). Terry is married to Lisa Bussenger and resides in Cary, Il.  They have (3) grown children, Kyle, Nicole and Brock.